If you’re not familiar with the Oprah Winfrey Network reality show Raising Whitley (Actress Kym Whitley pictured above with son Joshua), here’s a brief synopsis according to ^an online source:

“Raising Whitley chronicles the daily life of actress-comedian Kym Whitley and her group of friends—whom she refers to as “The Village”—as they raise baby Joshua, the child that Kym unexpectedly gained custody of.”


I’d always been a fan of Kym Whitley’s work. She was pretty, donning deep dimples and a million dollar smile. As a comedic actress who just happened to be plus sized, she seemed warm and relatable. I knew nothing of her personal life until the story broke about her becoming a single mom overnight. I found it fascinating and quite commendable. I had no idea that one of my best friends would find herself in those same shoes! Hers is an untold story of thousands all over the world; without the cameras rolling.

Here’s Part 1 of her story in her own words…

That sounds so dramatic, but it did. At the time I didn’t know that my life would never be the same again. My phone rang around 10:00pm and I was already settled in for the night. Mom called and said my brother had a domestic dispute with his girlfriend and the police were called. Ok. (What else is new?) Well, my niece was somehow hurt and if a relative didn’t come to get her, she would be placed in a group home or temporary foster home. So I went and got her.

I had to wait, she was being questioned. Then I had to be questioned. Finally, 2 hours later we were in my car and on our way back to my 1 bedroom apartment.
I thought, “This will blow over in a couple days”. I was so wrong.
There was a steady stream of calls and visits from social workers and the District Attorney. One week turned into two years and counting.

What?!!? No you don’t understand, not me. Out of all my friends, I am the least motherly.
I have said since the age of about 15 yrs old, that I don’t want the husband and kid life. I truly loved my freedom. Now, I’m a mom overnight. Looking for childcare, staying up late when she’s sick, doctor’s appointments, child friendly restaurants, censored conversations with friends, and animated movies. SMH! 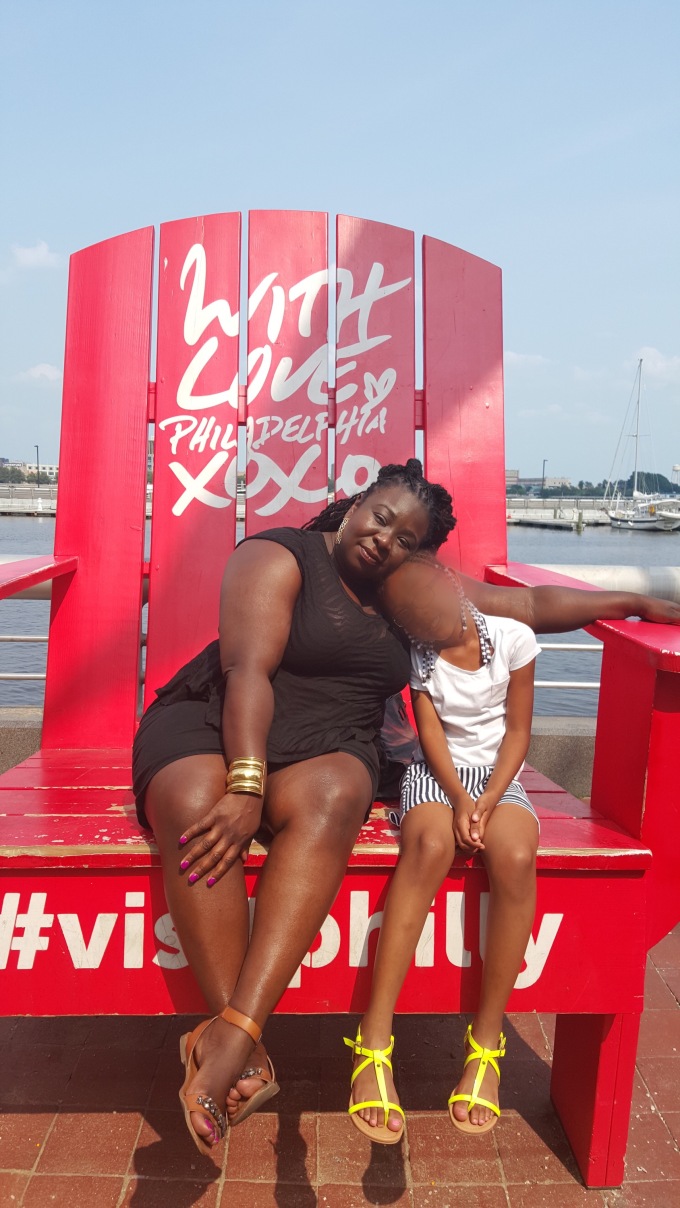 You see, my brother was supposed to take some time and get his life together enough to raise his daughter. *Malisa’s mom left her when she left my brother years ago. He seemed like he was going to make that change, but when he saw how Malisa was flourishing in my care, he stopped trying. She had never gone to school before, she needed glasses, and her motor skills were underdeveloped. My niece, at 5 years old, did not know her colors, shapes, letters, numbers, or anything a child her age should know. However, she knew all about Kevin Hart and all the latest raunchy dances you’d never want a little girl to do. I felt totally unprepared and overwhelmed with all these challenges.

With all of this going on, my family and friends rallied around us. I had a great support system. It was just so rough, but I decided she needs me to do this. There was nobody else able or willing to step in. I couldn’t see my family left with strangers. At the same time, I just wanted my freedom again. I know that sounds so selfish. It’s how I felt. Even though the therapists and social workers kept telling me I had a choice…I didn’t see it like that.

Anyhow, here we are two years later and things are starting to even out. Not because, her parents have stepped up. Not because the situation has gotten any easier. But Malisa and I have come to an understanding. We have each other now. As much as she needed me, I need her just as much. Oh don’t get me wrong, I haven’t changed my mind about marriage and kids. She has taught me lessons about life that I don’t think I could’ve learned had she not dropped into my life.

Funny, so many people who know me and the situation, tell me how honorable and brave I am for doing what a lot of people would not do. Now I see how brave the both of us are! She has decided to trust me with her life and care, when her own parents wouldn’t do it. I don’t know what I’m doing! I feel a tremendous amount of pressure to make sure she grows up and becomes everything her parents are not, even more…than I am.

++Stay tuned for Part 2 where Tasha takes the time to field a few of my questions!