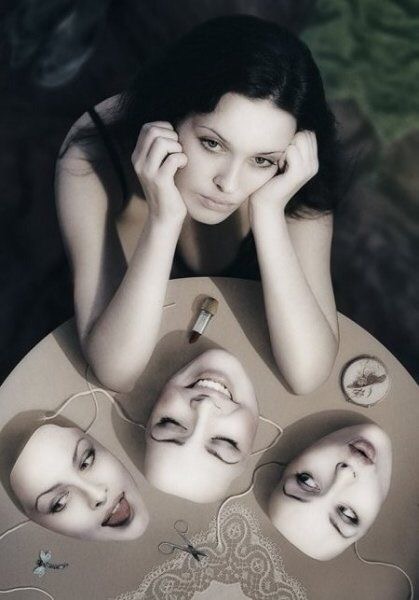 For me it was a red dress. That’s what his wife was wearing the night of the big argument. I was living in California and staying with the Director’s family while I worked on his indie film. That was the night he decided to kick me out for no reason. I was thousands of miles away from family and friends and had no place to go. I was also told that I would be flying back to the East Coast the next morning and good luck finding a way getting to the airport.

Instant trauma. It was horrible. I was sent back to the East Coast broken and very damaged. I didn’t realize I was dealing with the aftermath of trauma until seeing a red dress on TV soon thereafter caused me to break down in tears, made me afraid and feel anxious. I remember my mother, grandmother, brother, and then boyfriend now husband just loving on me; very carefully. Handling me with kid gloves. I returned to them very differently than how I left. There was no official diagnoses, I was never seen by any professional so I didn’t have a label for what I was experiencing. I just knew I had been severely injured and there was no physical evidence of it.

Eventually, I would say a few weeks later, I began to not be bothered by red dresses or casual California references at all. The events instead had just left a very bad taste in my mouth and the feisty, vibrant Ericka had resurfaced. Imagine my surprise when I was contacted three months later and offered an opportunity to return to California by the same Director that put me on the streets that winter night. I graciously declined. It wasn’t until several years later that I learned he was schizophrenic.

Knowing what our triggers are empower us and if we are proactive, it can even render them powerless. Since then I have survived many other traumatic experiences and the unexpected triggers that followed suit. I’ve noticed that over time a number of them have decreased, however others are just too prominent to ignore.

I’m excited about being aware of them because it helps in dealing with it. I have an incredible support network. That coupled with writing, music, comedies and lots of communication etc. works for me. You have to find what works for you. It may be professional therapy, taking up a new hobby, traveling, exercise…or Netflix and a whole lot of Chillin’.

We’ll talk soon. Proud of you. Remember to seek professional help if needed, reach out to crisis hotlines, go for a walk, and/or talk to a loved one. But no matter what remember you are never alone, you matter and are NEEDED!

© Ericka Arthur and authenticitee speaks, 2015, 2016 Unauthorized use and/or duplication of this material without express and written permission from this blog’s author and/or owner is strictly prohibited. Excerpts and links may be used, provided that full and clear credit is given to Ericka Arthur and authenticitee speaks with appropriate and specific direction to the original content